Utah is such a cool place and due to the incredible national parks, it is also very instagrammable – making it perfect for great Instagram captions.

Whether you are visiting one of the most beautiful national parks Utah or Salt Lake City, here you will find an awesome quote to use while in Utah for your instagram caption.

I want to take U-tah all the beautiful places.

How well do you know Utah’s geography — have U-taught yourself well?

There’s no de-Zion, Utah is heaven on earth.

I don’t have to Provo my love for Utah to you!

I checked out some old volcanoes in Utah; it was lava at first sight.

Have you seen the mountains in Utah? They’re really massif!

Getting out in nature is free: the Bryce is right.

I don’t say this Ogden, but Utah is the best.

Life in the moment. 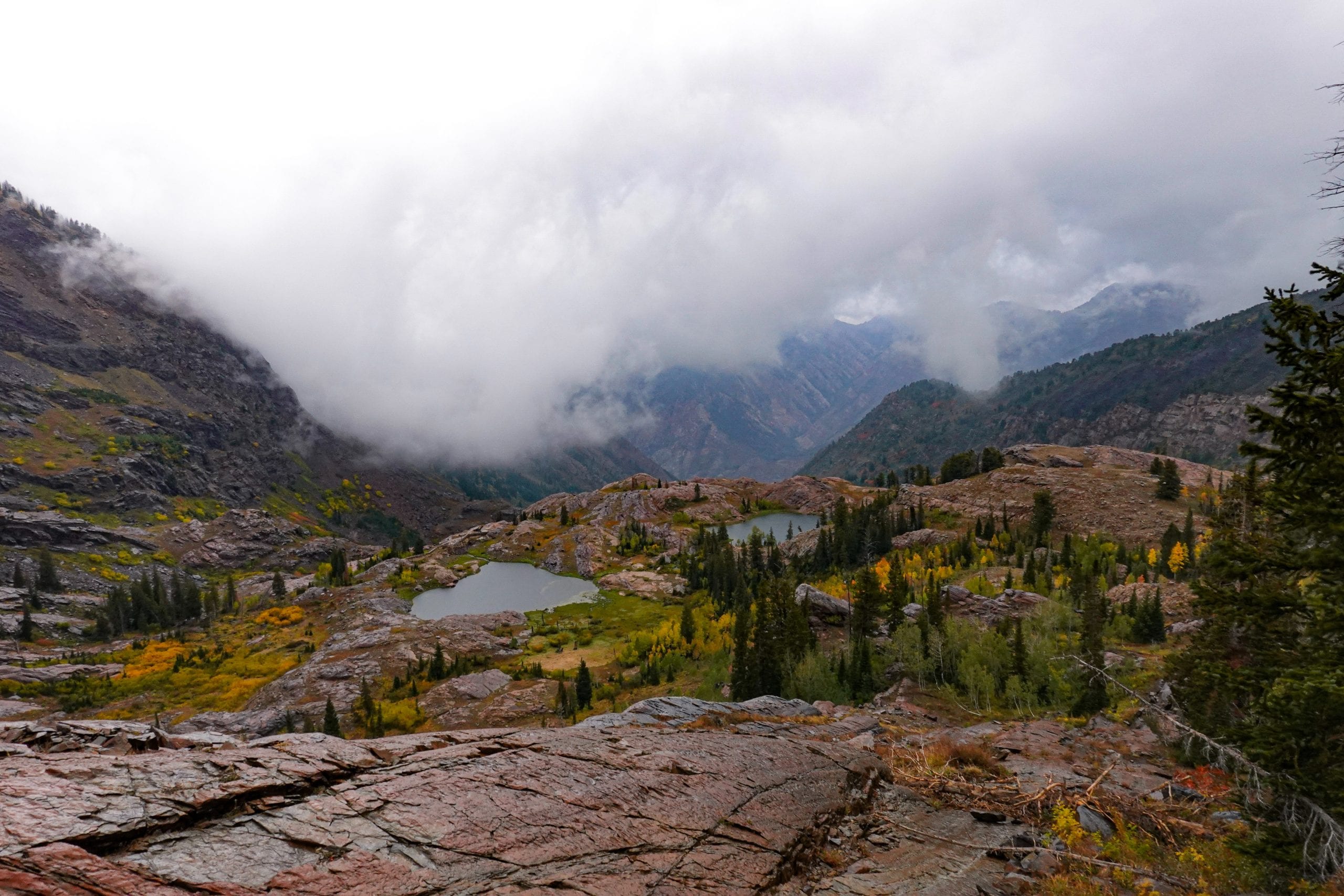 “Salt Lake City gave me a lot of surprises. How progressive the city actually is, for instance, compared to the rest of Utah – it’s like this purple dot in a sea of red. And the government there is kind of a mix of conservative values and progressive ideas.” – Larry Wilmore

“Once I came to Salt Lake City, I didn’t want to go anywhere else. It was home sweet home for me.” – John Stockton

“I love Salt Lake City. It’s beautiful with all the great outdoors around you.” – Peter Sagal

“I think my heart breaks daily living in Salt Lake City, Utah. But I still love it. And that is the richness, the texture.” – Terry Tempest Williams 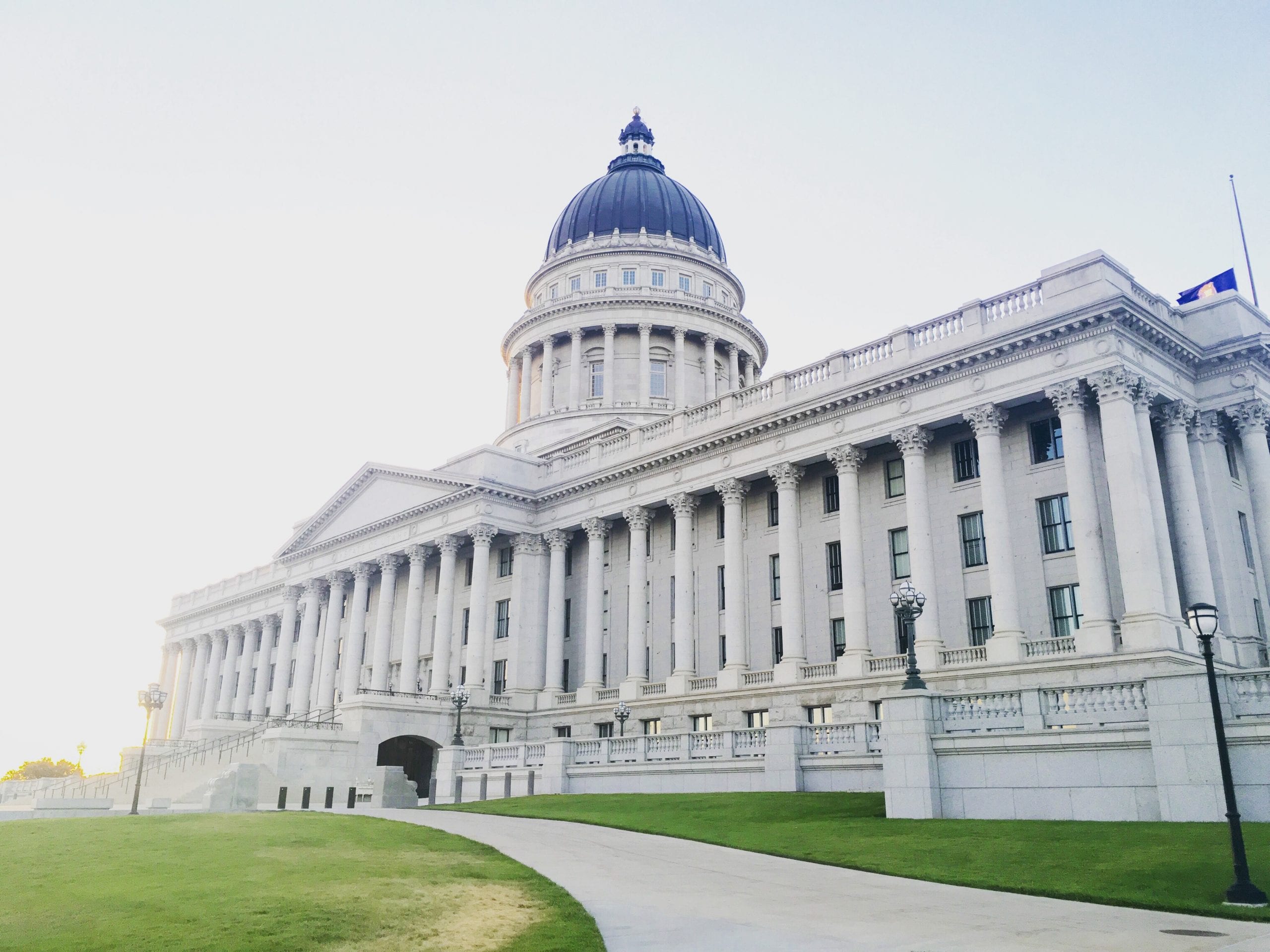 “What it is…is a place where I can return to myself. It’s enough of a scramble to get to…that the energy expended is significant, and it translates into a change in my body chemistry and my psychological chemistry and my heart chemistry…”― Jay Salter

“This was the desert, everything all at once, whether it was needed or not. What survived had learned to save, live carefully, and keep a low profile, even appear to be dead for long periods. Perseverance and patience.”― James Anderson

“Utah is amazing, it’s incredible because it’s so big. There are so many places to drive. There are curves, straight bits; it’s like Road Runner country, frankly.” – Edd China

“It’s fascinating to go somewhere where you’re away from everything. There are no houses, no buildings, no roads, no people. And for a little less extreme hunting, any place in the West – Colorado, Utah, Montana – that’s just beautiful country.” – Shawn Michaels

“The San Gabriel monument expands our natural heritage, but there is more in need of safeguarding – extraordinary places like Utah’s Greater Canyonlands.” – Frances Beinecke

“Snowboarding! I love it! Some of the best places to snowboard are Telluride and Park Cities, Utah.” – Bridget Hall 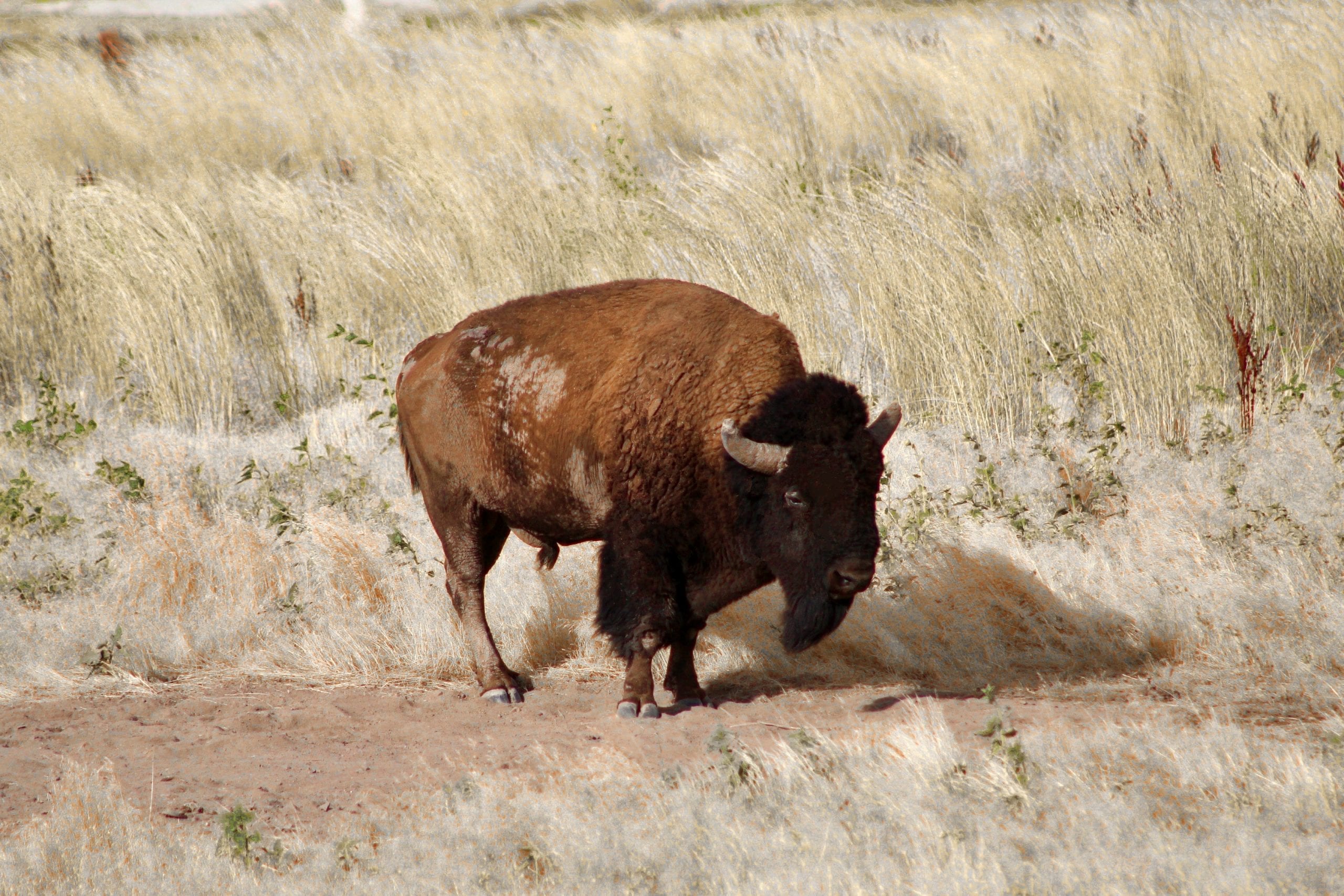 “Point of the Mountain” – Refers to a particular point of the mountain range that separates Salt Lake and Utah counties.

“Holy War” – This “war” refers to a sports game against BYU and the University of Utah.

“Going on a Mish” – Meaning: Serving a mission for the Church of Jesus Christ of Latter Day Saints.

“Fresh powder” – On the ski slopes. 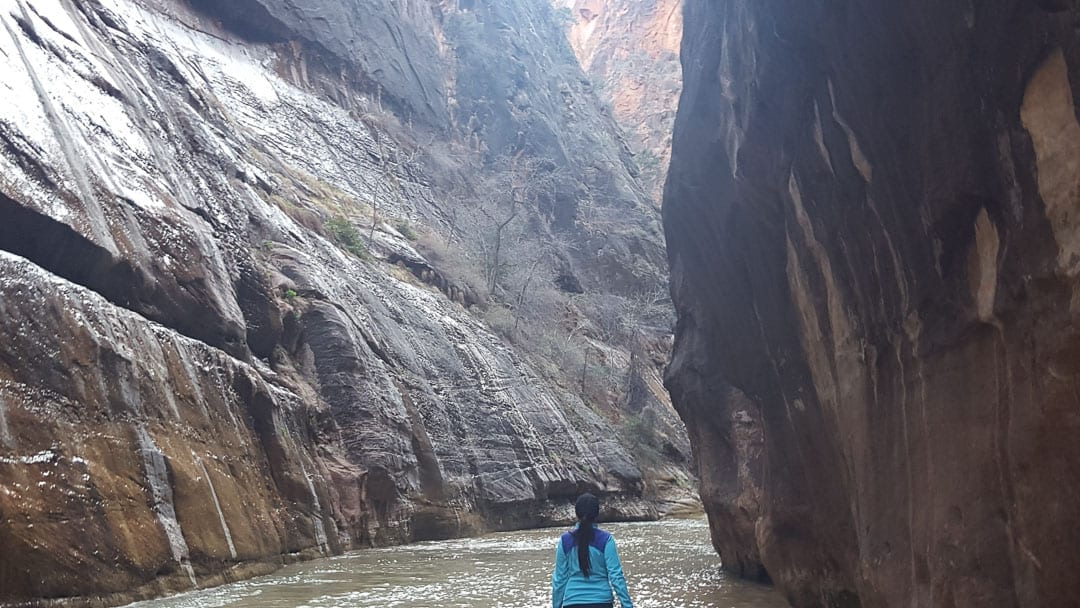 “Moab is seriously one of the most beautiful places I have ever been.” – Isabelle Fuhrman

“I enjoyed my time in Utah. It was a different area to what I was used to. The people there were very nice and it was a great organization and city. I have only good things to say about Utah.” – John Starks

“Zion National Park is a place where history deepens one’s appreciation for beauty of the canyon. Visitors marvel at the pioneering spirit of those who created an oasis in the arid desert. In many languages, tourists note their fascination with the engineering of the tunnel and wonder how trails to remote reaches of the park were constructed.”― Tiffany Taylor

There is nothing so American as our national parks…. The fundamental idea behind the parks…is that the country belongs to the people, that it is in process of making for the enrichment of the lives of all of us.” – President Franklin D. Roosevelt

“Between every two pine trees there is a door leading to a new way of life…Climb the mountains and get their good tidings. Nature’s peace will flow into you as sunshine into trees.” – John Muir 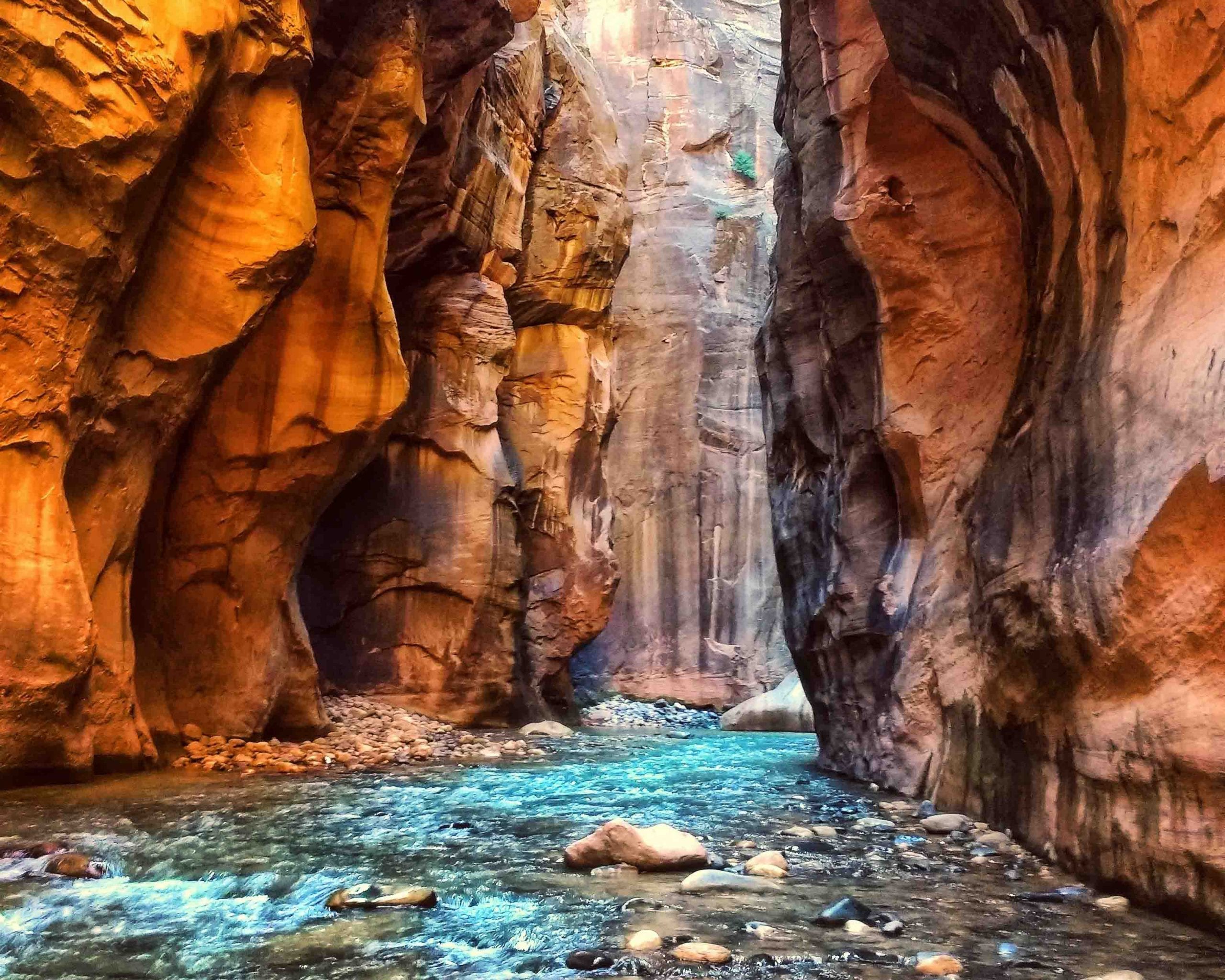 “Standing there, gaping at this monstrous and inhumane spectacle of rock and cloud and sky and space, I feel a ridiculous greed and possessiveness come over me. I want to know it all, posess it all, embrace the entire scene intimately, deeply, totally…”― Edward Abbey, Desert Solitaire

“Mother Nature is a master sculptor and in no place is that more evident than at Arches National Park.”― Stefanie Payne, A Year in the National Parks: The Greatest American Road Trip

LDS is the main religion in the area. Here are some LDS or Latter Day Saints Quotes:

“Cultivate an attitude of happiness. Cultivate a spirit of optimism. Walk with faith, rejoicing in the beauties of nature, in the goodness of those you love, in the testimony which you carry in your heart concerning things divine.”― Gordon B. Hinckley

“Life’s journey is not traveled on a freeway devoid of obstacles, pitfalls, and snares. Rather, it is a pathway marked by forks and turnings. Decisions are constantly before us. To make them wisely, courage is needed: the courage to say no, the courage to say yes. Decisions do determine destiny.” – Thomas S. Monson

“I fully believe that our talents are developed as we are called upon to serve. If we will faithfully accept the call, hidden talents will be discovered, such as love; compassion; discernment; being a good friend, peacemaker, teacher, leader, homemaker, writer, researcher—these are all talents.” – Mary Ellen Smoot; Come, Let Us Walk in the Light of the Lord

“A grateful heart is a beginning of greatness. It is an expression of humility. It is a foundation for the development of such virtues as prayer, faith, courage, contentment, happiness, love, and well-being.” – James E. Faust, Gratitude As A Saving Principle

“He is the Savior and Redeemer of the world. He is the promised Messiah. He lived a perfect life and atoned for our sins. He will ever be at our side. He will fight our battles. He is our hope; He is our salvation; He is the way.” – Dieter F. Uchtdorf, Following the Savior’s Path 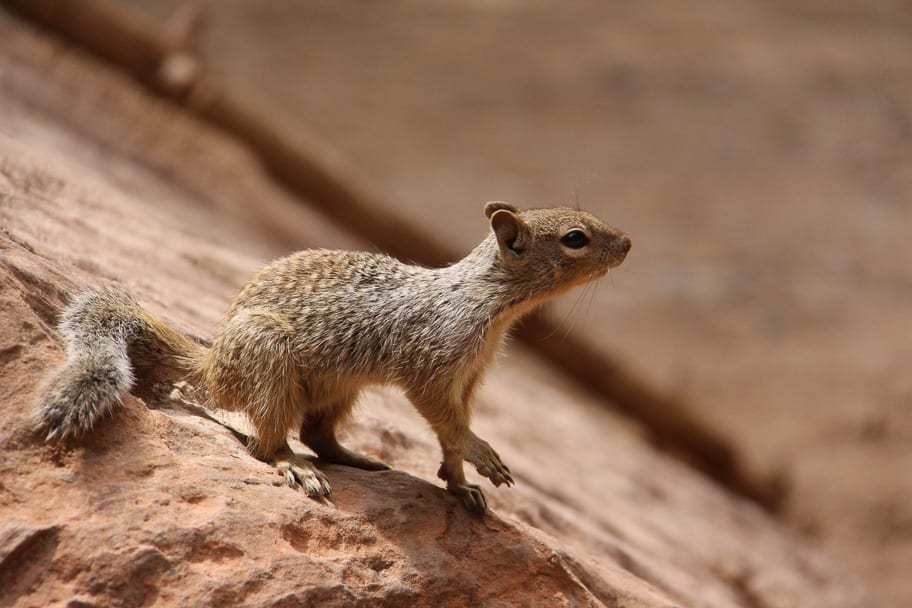 Utah is known for mormon polygamy. Some of my fav shows are based in Utah like Big Love and Sister Wives:

“Polygamy: An endeavour to get more out of life than there is in it.” – Elbert Hubbard

“So many times in the history of Mormon polygamy, the outside world thought it had the movement on the ropes only to see it flourish anew.” – Scott Anderson

“Polygamy has an ancient history and is legal in many parts of the world. I find the rules of polygamy to be damaging and it’s potentially dangerous to young girls and terrible for “excess” boys. But polyamory is supposed to be a more equal arrangement among agreeing adults.” – Emily Yoffe

“Why do we believe in and practice polygamy? Because the Lord introduced it to his servants in a revelation given to Joseph Smith, and the Lord’s servants have always practiced it. ‘And is that religion popular in heaven?’ It is the only popular religion there.” – Brigham Young

“In America, as was the topic earlier about polygamy, consenting adults are supposed to do – be able to do whatever they want to each other, whether it’s marrying multiple partners, marrying someone of the same sex, prostitution, marijuana. As long as you’re not hurting anyone else, it’s really none of the government’s business.” – Max Kellerman

“The only men who become Gods, even the Sons of God, are those who enter into polygamy. Others attain unto a glory and may even be permitted to come into the presence of the Father and the Son; but they cannot reign as kings in glory, because they had blessing offered unto them, and they refused to accept them.” – Brigham Young

“If the people of Utah shall peacefully form a State Constitution tolerating polygamy, will the Democracy admit them into the Union?” – Abraham Lincoln 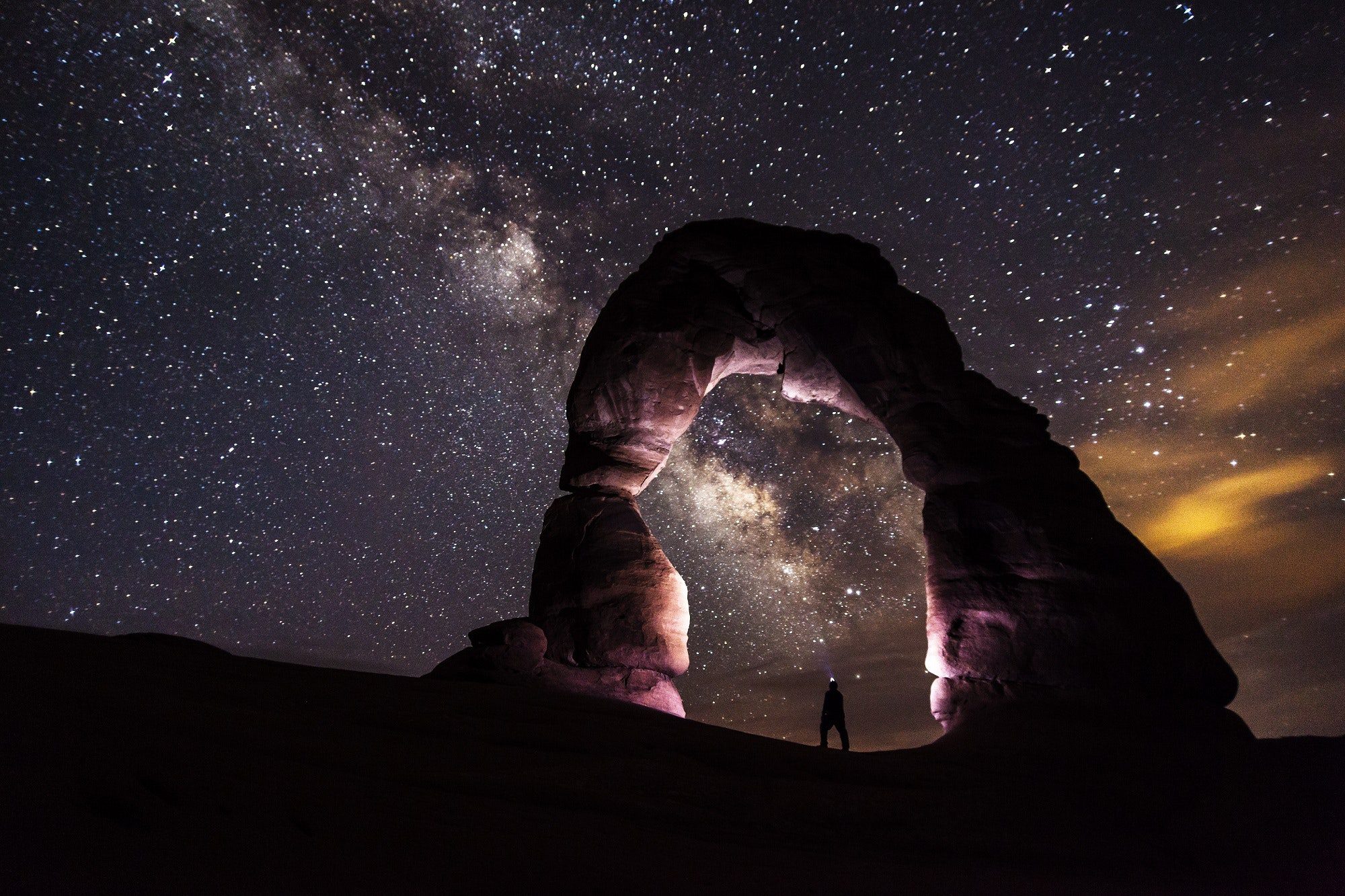 Fun things to do in Salt Lake City at Night

Utah Vacationers is the #1 place to find everything exciting to do in the Beehive State from the incredible beaches to the beautiful canyons, hikes and road trips - we are constantly on the lookout for hidden gems and secret spots! Bookmark this blog as your go to place for all things Utah related. We are so happy to have you as part of our Utah Vacationers community!